Angèle: an intimate trailer for her Netflix documentary 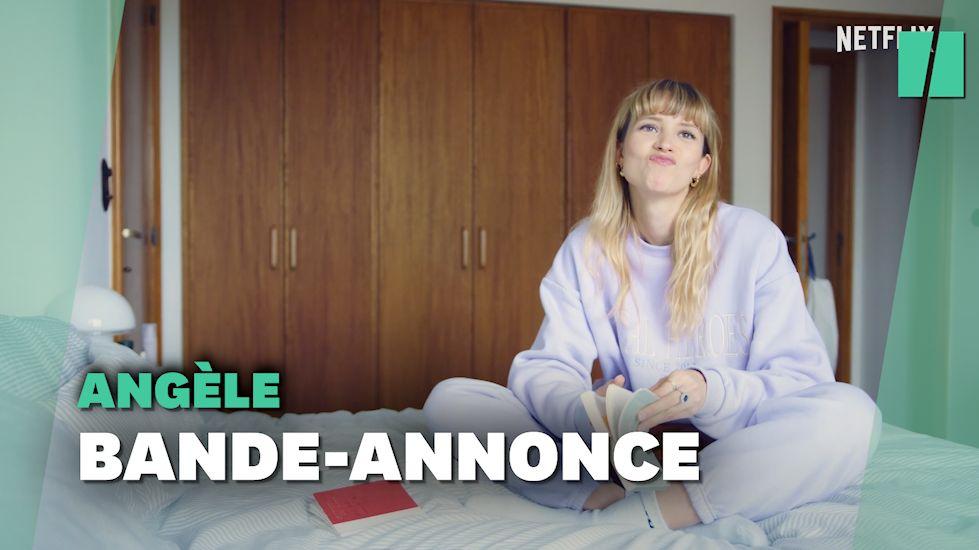 Angèle: an intimate trailer for her Netflix documentary

Her success, the downsides of fame and the making of her next album: Angèle takes her fans behind the scenes of her career with these first images.

After Orelsan, Gims or Bigflo and Oli, it's Angèle's turn to engage in a documentary. Soberly titled Angèle, this feature film expected on November 26 on Netflix is ​​revealed in a first trailer. The 25-year-old Belgian singer retraces her meteoric rise in 2018, when her second album Nonante-five is scheduled for December 10.

This film co-directed by Sébastien Rensonnet and Brice VDH, the author of Angèle's clips, promises to look back on her childhood, her success but also on the setbacks of fame. The public will discover the development of his second album, and a place will be reserved for his outstanding collaborations: the British singer Dua Lipa and the rapper Damso (who signs a duet on his next album) appear briefly on these first images.

Bruxelles, je t'aime, the first extract from his second album, was unveiled a few weeks ago. Released in 2018, Brol, her first record, was a real phenomenon, propelling the then 22-year-old singer to the front of the stage. With hits like Balance ton quoi, Forget everything or Flou, Brol sold more than 500,000 copies and was certified double diamond disc. Angèle also made an appearance in Annette by Leos Carax, a musical that opened the last Cannes festival. She will finally be Falbala in Guillaume Canet's Asterix, in 2023.