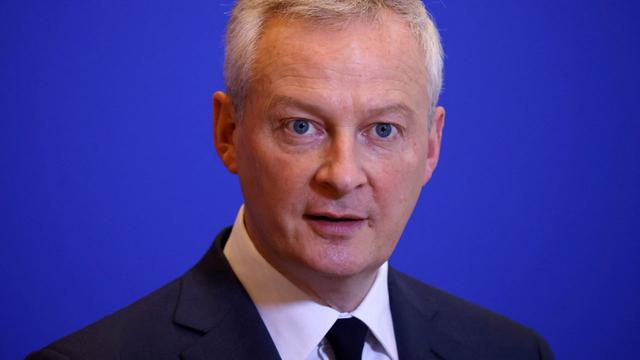 The Covid crisis prompted the European Commission to review its industrial strategy in early May with the aim of reducing European dependence on China, but also on Vietnam, Brazil and the United States. It's urgent. Electronic chips, active pharmaceutical ingredients, hydrogen, rare earths for wind turbines, lithium for batteries, proteins for livestock feed, "cloud" technologies: the Commission has found that out of 5,200 products imported into the European Union, there were 137 on which the EU was heavily dependent, half of which come from China. These 137 products represent 6% of the value of total products imported into Europe and are mainly found in sectors linked to energy, raw materials or health/chemistry, with active pharmaceutical substances. In the crucial sector of semi-conductors (microelectronics), whose European production has fallen by around 10% against 40% 20 years ago, the Commission would like Europe to be able to reopen factories.

No longer confined to the common market

In Italy this Saturday to participate in The European House forum, French Economy Minister Bruno Le Maire pleaded for "a stronger Europe" which builds its "political independence" and "technological sovereignty" instead of confining itself to a role of "common market".

Among these values ​​are "solidarity between nations" and "a model of economic development that respects the environment", he insisted, when France will take over the rotating presidency of the Council of European Ministers in January.

"There is no political sovereignty without technological sovereignty. We cannot be politically sovereign when we depend on foreign countries for semiconductors, electric batteries or space", argued Bruno Le Maire.

"We must build this European independence by relocating industrial production and building new value chains in sectors such as hydrogen, artificial intelligence, electric batteries, biotechnologies or health", he explained. .

To finance these investments, "we will need the capital markets union and the banking union", he noted. "We hope to make progress on these subjects where the financial stakes are very high".

Brussels wants to increase the production of semiconductors

Regarding semiconductors, "the United States and us are exactly the same, we only produce 10% of semiconductors in our territories, we have decided to increase to 20% in the next 10 years" declared in the spring European Commissioner Thierry Breton. Or a doubling of the continent's production capacity by 2030.

To achieve this, the Commission has announced a European "alliance" bringing together all players in the semiconductor chain, private and public research and industry, with a view to setting up a new PIIEC (Important Project of Common European Interest) .

This tool, already implemented on batteries (2.9 billion euros by 2028) and in the field of hydrogen, authorizes under certain conditions Member States allied with each other on cross-border projects to circumvent the rules competition by making it possible to subsidize industrialization projects in strategic sectors.

According to Internal Market Commissioner Thierry Breton, the EU has been "too naive" in its approach to certain critical sectors such as electronic chips, which are mainly produced in Asia.

As a result, other strategic alliances are being explored, in space launchers, zero-emission aviation, or cloud data, trying to encourage disruptive technologies along the way.