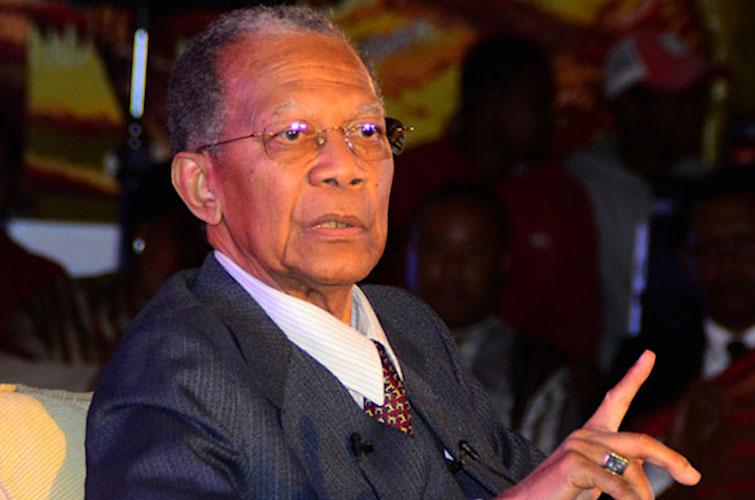 In his little corner of a wise man, Didier Ratsiraka, the former president, father of the 2nd Republic, and the Malagasy socialist revolution, does not fail to launch spikes at the place of his successors, through declarations onsocial networks or on the media.This is the case with his recall bite yesterday concerning the date of December 30, 1975. "What happened that day, in Ambohitsirohitra?Has history hidden this date?Language to the cat, "he wondered.

The former President of the Malagasy Republic indeed indicates that "December 30, 1975, 45 years ago today, was officially proclaimed the result of the referendum ratifying the birth of the Second Republic and its constitution, the adoption of theCharter of the Malagasy Socialist Revolution, and the election of Didier Ratsiraka.».What remains in the memories is notably the birth of the First Republic on October 14 and the anniversary of independence on June 26.

"Do I need to emphasize that Didier Ratsiraka has never made any strokes and has never taken power by force," he said, certainly at the place of those who governed MadagascarAfter him, after 2002, but also at the place of the Malagasy politicians who are illustrated for these political practices deemed "undemocratic".After the popular movement of 1991 which caused the fall of the admiral, the country has never stopped knowing coups d'etat and taking power by force, all after the movements in the street: in 2002, in 2009 or in 2018 through the movements of the 73 deputies.

At the end of a diplomat, Didier Ratsiraka knew, through this declaration, to alleviate political criticism by launching that "now is the time for me to renew my very sincere thanks and my gratitude to all the Malagasy people who gave me their confidence», During the various elections that brought him to power.