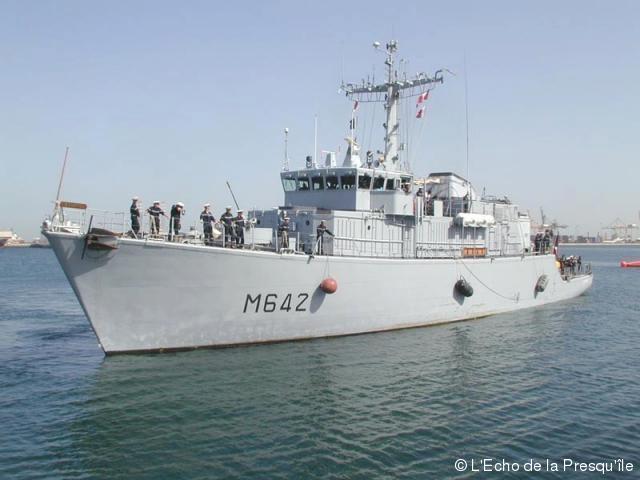 The Cassiopeia, this ship of the Navy of National of more than 50 meters long, is docked for a technical port of call since Friday, March 12, as part of a "routine mission".

Grey, austere, but impressive with its more than 50 meters long and all its equipment. One radar, one cannon and four machine guns, two drones, one sonar and one decompression box, etc.

Since Friday, March 12, the ship of the National Navy Cassiopée is docked in the basin of the port of Saint-Nazaire, near the submarine base.

According to the Maritime Prefecture, this is a "technical port of call, as part of a routine mission such as those it carries out regularly". The M 642, of its technical name, is a minefighter whose mission is'to detect, identify and neutralize dumped mines in order to guarantee free access to French military ports and major civilian ports'.?

This Nazi port of call is not a first for the Cassiopeia, which had docked at the same wharf last June, for an offshore mission. In 2015, he had stayed five days for the festivities of July 14th. At the time, the public had been able to board. This time, all visits are forbidden due to the Covid-19.